skip to main | skip to sidebar

'Commadore Norrington, my effects please': The difference between affect and effect

The difference between affect and effect has confused more than a few people.  And make no mistake, sometimes even MC Grammar can end up throwing himself on his four-poster bed, howling in frustration at this very tricky area of grammar.

But lucky for us, the difference between affect and effect is a lot simpler than you might think. The thing is, effect and affect are homonyms, which means that even though they sound the same, they have different meanings. Read on, grammar children.

1. To have an influence or cause a change in something

Too much sunlight affected the quality of the photograph

The arguments and fighting affected me badly

3. To attack or infect


Effect, on the other hand, means:


There was more positive information available about immigration, effecting a change attitudes towards immigrants.

2. The power to produce an outcome or achieve a result

3. Something that produces a specific impression, or supports a general design or intention:

The fireworks were the best effects of the concert

If you ever get lost, there's a handy way of remembering the difference. In  the movie 'Pirates of the Caribbean', Captain Jack Sparrow has managed to get off from being arrested.  Demanding his stuff back, he says: 'Commodore Norrington, my effects please, and my hat'. When Sparrow asks for his effects he means his sword, his compass, and his belt. These are his effects, meaning the things that make him Captain Jack Sparrow. Your effects are the things that add a little something to the occasion, which is why fireworks are effects, or special animation techniques in a movie are effects. 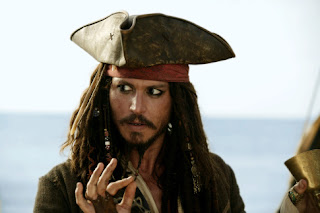 MC Grammar
STOP: grammar time! I'm just an ordinary person who loves technicolour balloon pants and grammar. I also love you and that cute thing you do with your hair when you're nervous – and because I think you're so awesome, I'm here to add to your awesomeness with amazing grammar skills. Remember the Planeteers? You will be like all of them rolled into one when you combine with the magnanimous might of grammar!